4 Beautiful Reef Fish in Palau to Snorkel and Dive with

4 Beautiful Reef Fish in Palau to Snorkel and Dive with

Reef fish in Palau can be found in many shapes and sizes. In this article we explain a bit more about 4 of them. The ocean is filled with mysteries, and there is so much left to be discovered. Encompassing two-thirds of the planet, many scientists and biologists have said in the past that we know more about our solar system than we do about the oceans on the planet where we live.

With depths of up to five miles, it comes as no surprise that we have not yet unlocked all of the secrets of the oceans of the world. Some parts of the ocean, however, are quite clear and easy to explore. 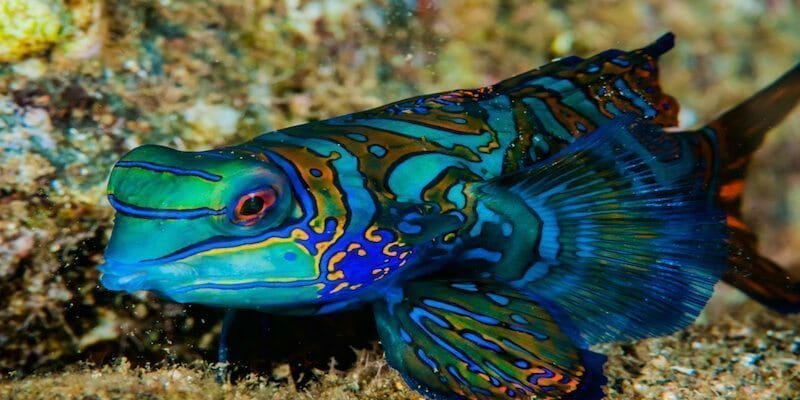 One such location is in and around the island nation of Palau, which sits a few hundred miles off the northern coast of Papua New Guinea. It is here that some of the most amazing and diverse forms of shallow-water sea life reside, thanks in large part to the isolated nature of the islands (provided by its barrier reefs).

There are hundreds of different types of fish that can easily be spotted while snorkeling and diving in Palau, but four of these stand out as being absolutely stunning, beautiful and intriguing. We’ll discuss these four types of Reef Fish in Palau below, so that you’ll know what to look out for on your next trip here.

The Mandarinfish is a very vivid creature that can be spotted all along the Pacific Rim, from Japan to Australia. In Palau, these fish stay close to the coral reefs and use them as a form of shelter, with a maximum size of around seven centimeters. The best time of the day to spot these fish is during the noon hour, but Mandarinfish feed actively throughout the entire day.

Its blue, orange and green colors make it very difficult to ignore, and it is considered to be one of the most beautiful micro-fish in the region. Many people try to domestic these fish in aquariums, but most Mandarinfish refuse to acclimate to such conditions. As such, the best way to respect these creatures is to observe them in their nature habitat in Palau.

Despite the fact that Palau’s shallow waters make it easy to explore all of the life in the area, there was one fish that evaded detection until 1997: the Deep Blue Chromis.

This fish measures approximately eight centimeters in length and lives fairly deeply (by Palau standards) in the reefs off the coasts – you’ll encounter this specimen at depths of around 100 meters. These fish tend to group together less so than other types, with adults travelling by themselves in many cases. It is a stunning dark blue fish with yellow eyes, and will no doubt stand out in any deep-dive expedition for those who keep their eyes open. 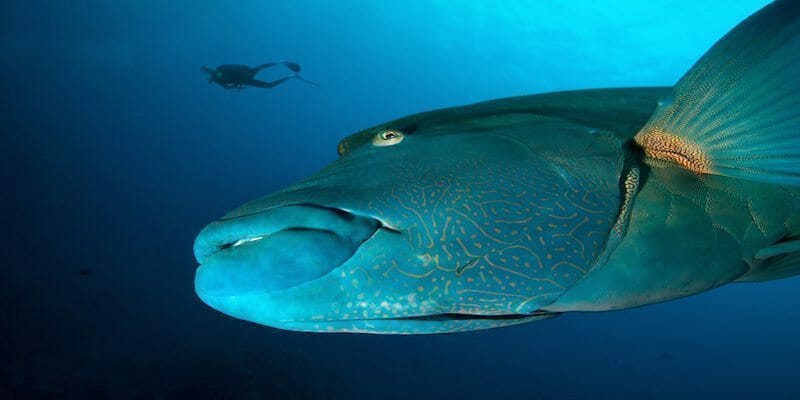 One of the bigger fish that you’ll encounter on any trip to Palau, the Napoleon Wrasse can be encountered at shallow or deeper depths, ranging from one to sixty meters.

The fish measures up to two and half meters in length and can weigh up to 200 kilograms, making it a formidable sight to behold. These fish are notable in that they can alter their gender after adulthood, and are found almost always in and around the reefs where they hunt for food. The Napoleon Wrasse has a greenish-yellow color and huge lips, making it very distinctive. It can protrude its teeth to snap up prey in nooks and crannies, and even shoots jets of water out of its mouth to force animals out of hiding.

One of many in the family of goby fish, the Giant Pygmy Goby is the largest of this class of fish. Do not let the name fool you, however: in most cases, these fish never exceed four inches in length. The goby is distinct, with orange and white stripes running alongside its body and very large eyes. The Giant Pygmy Goby can be found at depths of around twenty meters, meaning that a simple snorkeling session will probably not result in spotting these creatures.

Would you like to snorkel or dive with these reef fish in Palau?
Click here to contact us directly if you would have any questions or would like to book a scuba dive package with us. 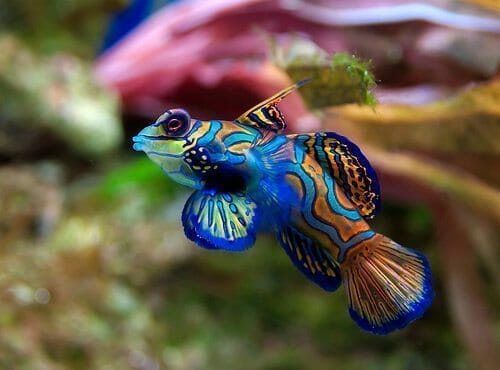