The Nation of Palau has approved the creation of a fully protected Marine Sanctuary, the sixth largest in the world. It is also the only one that covers a nation’s entire Exclusive Economic Zone (EEZ). When Palau announced their plan that commercial fishing would not be allowed in their EEZ, most nations and ecology organizations openly supported them.

Still, many people thought it was an empty gesture. The problem is how to enforce it. The EEZ extends 200 nautical miles from the country’s mainland. Even if, you kept out the legally operating commercial fleets you would still need to deal with illegal fishing.

Illegal, Unreported and Unregulated (IUU) fishing is rampage around the world.

The U.S government has estimated that 28% of wild based seafood imported into the United States was illegally caught. This percentage could be much greater since they also estimated that 30% is mislabeled.

In Asia, it is a larger problem. While tuna is not the largest biomass of fish caught, it is a substantial amount. Palau and its Pacific neighbors share the richest tuna beds in the world, and tuna is one of the most illegally fished species in the seafood market.

Oceana, a U.S. Based research company, has examined records of bluefin tuna fishing. By examining fishing quotas against markets, they found that five times the amount of tuna legally allowed to be fished was sold. A study done in Thailand showed that 40% of the tuna were IUU. (Illegal, Unreported, and Unregulated)

The defense of Palau is the responsibility of the U.S. Government. While warships of the U.S. and other countries often visit Palau, they are not permanently stationed in the area as Illegal fishing is not a defense matter.

The Palau Police is a national police force and includes a 30-person Maritime Surveillance Unit. Palau is one of the twelve Pacific nations that have a Pacific-class patrol boat that was donated and is maintained by Australia.

The 103-foot PSS President H.I. Remeliik is docked in Koror and handles maritime surveillance and fisheries control for the 230,000 sq miles EEZ. That is one ship to monitor fishing operations and search for IUU practices in an area the size of Texas or France.The government has one Cessna 174 available in an emergency. It is easy to see why skeptics feel the way they do.

Palau’s President Tommy Remengesau is forward thinking. He has been very candid that protecting the marine sanctuary from illegal fishing both now and in the future when all fishing is illegal will be a daunting task.

The government will build an additional base for its patrol boat in the southwest of the country to help support patrol operations in the area. Patrol boats only are not that effective in patrolling such a large area. Aerial patrols are much more effective, but maintaining patrol aircraft, crews, and fuel are also very expensive.

The effectiveness of Aerial patrols in Palau should not be underplayed.

Early in 2014, an aerial patrol near the Marshal Islands found a fleet of 19 fishing vessels operating illegally. In early 2013, the President in conjunction with Andrew Forrest, chairman of Minderoo Foundation invited the drone manufacturer Aerosonde of Australia to discuss the needs of Palau to protect their sanctuary. 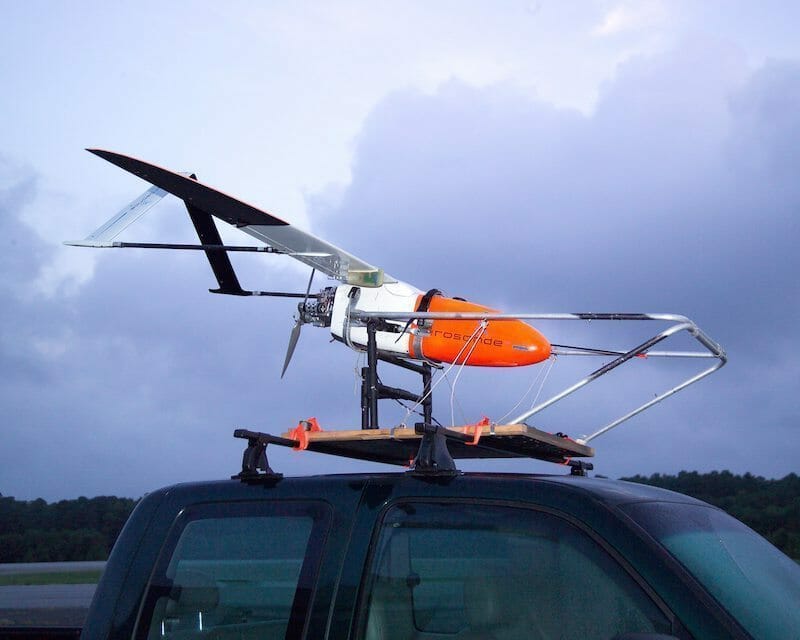 A similar drone from Aerosonde as used in Palau

On October 4th of that year, Aerosonde returned with three drones for a public demonstration. These drones are the size of a large radio control model airplane with a wingspan of about 12 feet/ 3.6 meters. They are launched from the back of a pickup truck or a boat.

The configuration for the marine work included video imaging, transmitted back in real time. This configuration will allow the drone to stay aloft for 24 hours and cover as much as 1,600 nautical miles. A similarly equipped drone was used off the coast of Scotland and stayed aloft for 28 hours and used only 1.5 gallons / 7 liters of gasoline.

Aerosonde did a one-year feasibility trial that was paid for by the Minderoo Foundation. The U.S. based nonprofit Conservation Drones has been doing similar testing in Belize. However, the area they need to cover is much smaller in Belize.

In January the fishing boat ShinJyi Chyuu 33 was seized about to leave Palau waters.

The ship did not have a license to fish in Palau waters. When boarded, the holds were found filled with shark fins and tuna. The information leading to boarding the vessel came from a U.S. Non-profit organization named Sky Truth. That group looks for suspicious activities by boats at sea. They use information from the Automatic Identification System (AIS) network to track vessels movements.

In this case, an operator noticed the ship making zig-zag movements indicating it was trawling. However, the license database did not show they were authorized to fish in Palau waters.
Google is indirectly assisting as well. They have partnered with Sky Truth, and the nonprofit Oceana organization to create a more robust system for government agencies. This new activity is Global Fishing Watch, and it identifies potential IUU activities.

Governments with real-time satellite access can then locate the suspected violators and view the events. The general public can also see the information with a few days delay.
While no definite information has been provided, the use of sea-based reporting stations has been mentioned.

While drones are mostly associated with aerial surveillance, there are ocean based drones as well.

Liquid Robotics has a product that can be configured for different activities including illegal fishing. It is called the Wave Glide, the drone (Dynamic Remotely Operated Navigation Equipment) gets it power from ocean waves and a solar cell.

The Wave Glide can be set to patrol an area searching for contacts using hydrophones. When a contact is found, it can look for an AIS signal and match it.
The contact information can be sent by a burst transmission by satellite communications.

The device can also be equipped with video equipment to provide a visual reference to a hydrophone target. The technology might seem science fiction, but it has proven itself.
National Oceanic and Atmospheric Administration (NOAA) has used a Wave Glider to give weather reading inside of a hurricane at sea.

A year-long test had one on an automatic program leave San Francisco and traveling to Sydney. Along the way, it gave a daily reading on location, weather and sea conditions.
These are some of the ways that Palau is using or exploring to protect its precious marine Sanctuary within the limited budget they have for such a large area.

The budget is a major concern and to get started the government did something else that no other country has done, they turned to crowd funding.
Fund for a Sustainable Palau, a non-profit group, worked with the government to set up a crowd funding program on IndieGoGo where they raised $53,872 to help start the programs.

While the task of policing and enforcing the laws of Palau in the EEZ is a huge task, the embracing of new technology will go a long way to help protect the marine sanctuary.