Not to many people have ever heard of the Pacific paradise that we know as Palau. Palau has an old, even ancient culture, that dates back before recorded times.

The islands that make up Palau have also been subjected to influenced by other nations including the Spanish, Germans, Japanese, Philippines and most recently America. Her are some unusual facts about the country itself and its government. 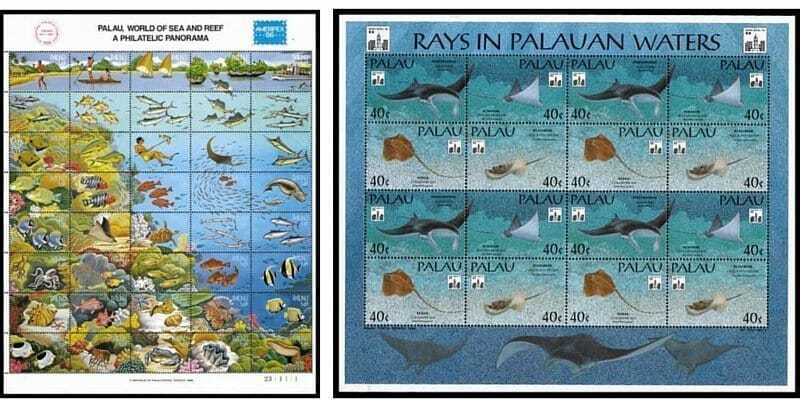 The population of Palau varies based on who you talk to.

The country was to do a census in 2010, but they did not have the budget for it. They did a mini-census, household-based, in 2012 and arrived at a number of 17,445. The 2005 census showed 19,907. The official estimate now is 20,048. Why the difference? People were not home. The birth rate and death rate plus migration is about balanced. One new birth a day is average for this island state in the Pacific.

Palau may have the highest percentage in the world of its citizens abroad. Filipino’s are known to have a widely traveled workforce, with as much as 10% working overseas. While the numbers are much smaller for Palauans, it estimated over 20% are living out of the country at any given time. The Compact of Free Association (below) is one factor.

The Palau Constitution provides for an elected government.

It is a three branch system similar to the US. It also recognizes the role of traditional laws and a Council of Chiefs each representing one of the states are advisers to the President.

When it comes to traditional law, the Chiefs are the boss.

Well, if it is okay with the matriarch. Traditional society in Palau is a matriarchy. The chief position is primary hereditary. However, it based on the matriarch. Depending on the position, it may represent one or more matriarchs. If they are not satisfied with the chief, he can be replaced.

At the Koror State level there is a House of Traditional Leaders.

The House of Traditional Leaders (Rubekul ma Remechesil Oreor) is made up of ten chiefs from Central Koror known as Ngarameketii and seven chiefs known as RubekulKeldeu from the rural hamlets. Together they represent Koror to other states, the national government and even foreign governments in matters dealing with Palau/ Koror culture. Another function of the house is to review major agreements that the state makes, to ensure they are following the traditional law.

The house also reviews new laws approve by the state legislator. If they vote that the law infringes or conflicts with local laws, the new law is defeated. They can introduce bills into the legislative on their own. The Matriarchs of the Chiefs in the house have their own organization called Kerngab. This organization deals with traditional laws that relate to women and children.

Palau is a sovereign nation and a member of the United Nations.

Office of the President, Republic of Palau.

It represents its own interest in international affairs and maintains diplomatic relations with 50 nations. They have a permanent mission to the United Nations, and embassies in Philippines, United States, Japan and the Republic of China (Taiwan). Consulates are also found in the UK, Guam, Commonwealth of Northern Mariana Islands and Belgium. Visas are granted when entering the country.

The country has Compact of Free Association with the United States.

There are many provisions under the agreement, here are a few:

• Palau citizens do not require a visa to enter the United States and do not have a limit on the length of stay.
• Palau citizens do not need a work permit to work in the U.S
• The U.S. and Palau governments identify priority infrastructure projects to be funded by the U.S. Some of these projects will be done by * U.S. Navy Seebees. The amount to be spent each year is already declared in the compact.
• The United States guarantees the defense of Palau and are 100% responsible for it. Unlike the more common mutual defense pacts which says one party will come to the aid of the other, an attack on Palau is considered an attack on the U.S., Palau has no military.
• The United States pays a fee to help fund the operation of the government. The fee will gradually reduce.
• The United States will fund a portion of social services.

Palau has its own postal system

and issue their own stamps, however, they are not members of the United Nations Universal Postal Union.
The United States Postal Service (USPS) acts on their behalf. Mail to the United States is at domestic rate. International mail is based on USPS rates.

The Country does not have a college nor a University. There is one two year trade school. Those seeking college, go to other countries primarily the US, as the school systems are similar, and entry procedures do not require a student visa.

Do not believe everything you read.

You often read that Palau is a collection of volcanic and coral islands. August 10, 2013, saw the BBC and others reporting that there was a volcanic eruption in Palau island. News articles talked about the location of the islands and the Indonesian volcanic zone.

Articles mention the evacuation of over 3,000 people and the death of at least four people. Many gave a brief history of the Republic of Palau. Within days, speculations were flying about the impact on the nation’s tourism industry and diving.

Researchers dug out records of previous eruptions. There was a small problem. Palau has only one volcanic island, and that is the Palau’s largest and the only mountainous island, Babulthuap. While Palau is at the edge of the Pacific ring of fire, the volcanic undersea Kyushu-Palau Ridge which likely created Babulthuap is extinct. So is Babulthuap. Finally, it is the Republic of Palau, not Palau island. The eruption was in Palue Indonesia.

Palau is a unique destination. One that must be explored to understand. A visit here will show you not only the best diving in the world but also a well-balanced ecosystem. The people are warm and friendly, just waiting to meet you.