Marine Environmental Science is the study of (and tools used in) diversity in our coastal marine habitats and ecosystems. Scientists in this field focus heavily on aspects that impact humans and that affect the health of the environment.

Marine Environmental Science is suited to people who enjoy targeted data collection and getting into the metrics – it’s about making definitive observations, and collecting data in a more specific way. 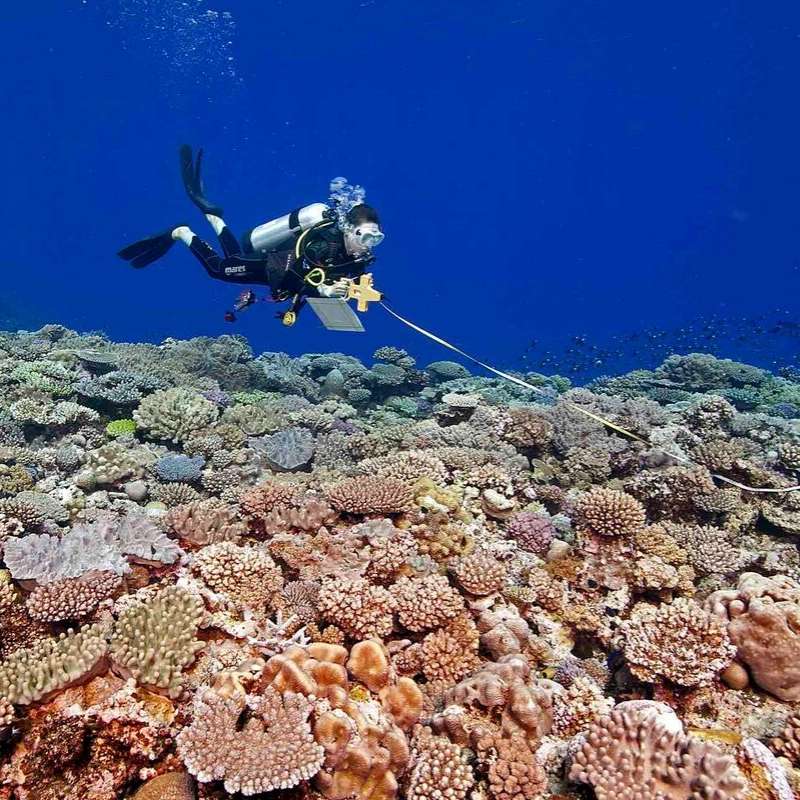 For those who love attention to detail and procedure, there are many opportunities to get involved in Marine Environmental Science. Here are the different ways to approach it:

There is a distinction in marine environmental science in how the observation is made: is it Qualitative or Quantitative?

In a fish population study, qualitative data could mean using categories such as “one”, “few”, “many”. In a coral morphology study, this could mean categorizing corals into shapes such as “table”, “cylinder”, “branching”.

However, a Quantitative approach to population studies will involve exact counts. Data such as “13 giant clams within a 50 m2” will be recorded. It’s specific, more intensive, and can require more training and equipment.

So if you prefer less extreme detail and easy to achieve methods you’re the whimsical type, try helping on a qualitative data project.

If you’re one of those humans who is kind of like a walking filing cabinet, your help on a quantitative data project would probably be greatly appreciated.

REEF and CoralWatch collect data using qualitative observations, while Reef Check and EcoSea Expeditions conduct surveys using quantitative methods. Each organization places emphasis on important indicator species in the region they are working, but the applied outcomes of their data and monitoring have different applications.

REEF uses the “Roving Diver Survey” method, where divers simply record every fish species they can positively identify while swimming through their dive.

Training consists of a short classroom course on species identification for both fish and invertebrates, followed by a quiz.

REEF fish survey data are then separated into two categories based on the volunteer’s experience level; Novice and Expert. These experience levels are determined by the number of surveys completed and exam scores.

The advantage of REEF’s qualitative approach is it allows volunteer divers to get into the surveys with minimal training and cost. It’s a quicker reward for the volunteer – and using the abundance categories reduces the error of exact fish counts.

REEF’s approach allows for the citizen scientists to collect large quantities of presence/absence and relative abundance data. The training is free and requires no special measuring equipment – all you need is an underwater slate and pencil.

The disadvantage REEF’s qualitative approach is that the data won’t indicate the number of individuals per area. Divers aren’t confined to a specific area, and naturally many visit the “good” dive sites where marine life is abundant.

This can bias the survey toward areas where there are greater numbers of fish and invertebrates.
Scientific oversight and quality control are limited.

Coral Watch also uses a qualitative approach. Led by the University of Queensland, it has two main objectives:


Participants use a color chart, backed up through the CoralWatch app or website, to measure accurately the color and type of coral they see. The chart covers 75% of known corals and can be used with no prior training.

These projects are a great introduction to marine citizen science. When you’re ready to take it to the next level, it’s time to grab the measuring tape (in science we call it a meter tape) and learn your quantitative observation skills.

Reef Check uses standardized scientific protocols similar to those used at professional research institutions such as the Australian Institute for Marine Sciences and the American Academy of Underwater Sciences.

What are those protocols?

Divers use a measuring tape along the seafloor and survey only the species found within a fixed area. Exact counts are performed along with the measuring tape (referred to as a ‘transect’).

Transects are 20 meters long by 2.5 meters wide. Several different types of transects are used based on the data collected – volunteers will become familiar with the term ‘‘Line’ transect for substrate and ‘Belt’ transect for fish and invertebrates species.

At each survey site, 4 core transects are deployed in each of two zones [shallow (2-6m) and Mid-reef (6 – 12m)]. Geographic locations (or ‘Sites’) are established at the inception of the program and surveyed at least once a year. New sites can be added as the program grows or new questions arise.

Volunteers are trained both in the classroom and the field and become fluent in the identification of fish and invertebrates, identification of substrate types, and scientific observation and methodology. Fish species are not only counted for total number, but larger species are recorded in several size categories.

Depending on the country and experience of the divers, training takes 2 – 3 days followed by a test in the classroom and a test in the field.

Because survey methods are standardized, volunteers can obtain an EcoDiver certification (through NAUI) that qualifies them to assist monitoring teams worldwide.

However, a region-specific species id test is required when transferring between regions so it’s good to check your local area. Some regions, such as California, also require annual recertification.

There is great value in repeated surveys at the fixed geographic locations, as they can document change over time and capture the effects of outside impacts such as fishing pressure or marine protection.

Establishing fixed sites also eliminates the bias of “the good dive site” where animals may be unusually abundant.

What are the drawbacks?

The main disadvantage of such a robust method is the required training. These programs are training-intensive initially and often require practice and for volunteers to be recertified each year in order to be able to participate.

The cost of training can also be out of reach of some who might otherwise be interested. It can be a challenge to maintain a consistent volunteer base.

Another marine conservation volunteer organization using a robust scientific protocol is EcoSea Expeditions. Their citizen science expeditions use methods based on long-term monitoring programs developed for surveying the Great Barrier Reef by the Australian Institute of Marine Sciences.

The main project, the Ngederrak Reef monitoring program, is an extension of a Peace Corps project started in 2001 to survey and assess a newly-established Marine Protected Area (MPA) in Palau. 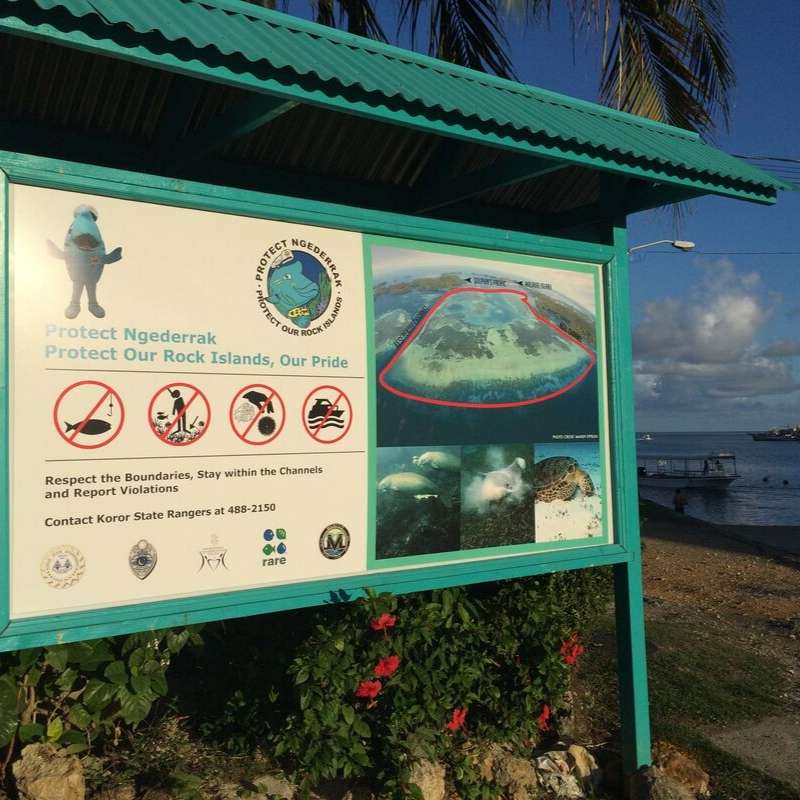 In partnership with local research organizations and government agencies, this project created an environmental monitoring and biological evaluation program for Ngederrak MPA.

Scientific surveys were used to establish baseline data for fish and invertebrate populations and document the incredible variety of habitat types found on the reef.

Small island nations like Palau depend on coral reefs for a thriving economy and local livelihood. Understanding ecosystem function is critical for determining the health of a coral reef, developing management plans, and promoting coral reef resilience.


Long-term monitoring and research is the key to gaining that understanding, but long term studies require tremendous funding and personnel; two resources that are limited in most small island nations.

This is where the value of citizen science comes in
with the help of volunteers, long term monitoring is possible. Marine citizen science expeditions are the perfect way to evaluate the success of protection and assess the health of the coral reef ecosystem over time.

In Palau, marine citizen science divers begin the expedition with 2 days of training to learn and practice survey methodology and become skilled at identifying local fish and invertebrate species. The survey methods are robust enough to document changes in reef communities but fundamental enough to be implemented with basic training.

How do you get started with Marine Environmental Science?

Go all-in with specialized programs, like those offered by EcoSea Expeditions, offer hands-on instruction as part of the expedition. In fact, EcoSea Expeditions has videos, online courses, and training material to start learning before you leave home.

What training do you need?

Some projects, such as REEF, require fine-tuning your SCUBA skills. You’ll discover a level where you transition from ‘diver’ to marine citizen scientist; you’ll begin using SCUBA as a tool for carrying out visual surveys. You’ll also need strong observational skills, to invest in on-site learning, and do some self-directed homework.

With this type of next-level marine citizen science, SCUBA becomes muscle memory.  When you transition from a diver to a marine citizen scientist, you acquire a subconscious level of skill as a diver.  The focus is no longer on SCUBA; the focus is on the task, the data. It’s next level diving because diving isn’t the focus, it’s the tool.

If you need any advice or help planning your Palau vacation, please do not hesitate to contact our US reservations team directly via e-mail. 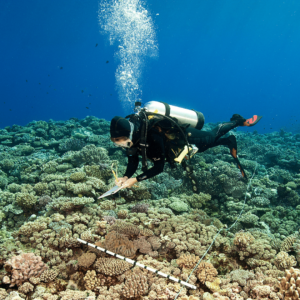